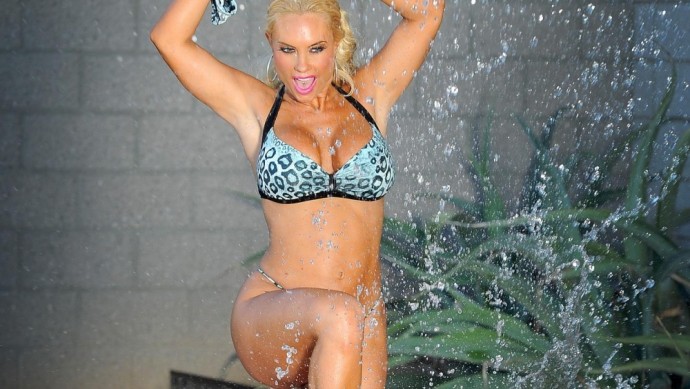 Tracy Marrow, better known as Ice-T, is a Rap artist, singer and actor, who is married to the very beautiful Coco Austin, and the two starred in their own show on E! Ice Loves Coco. Coco is an actress, web personality and Glamour model. She and Mr. Marrow were married in 2002, and have been going strong ever since. 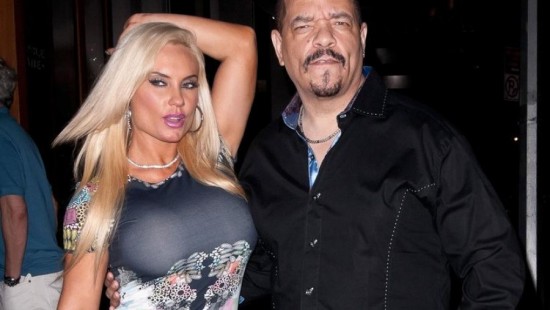 This past summer she and her husband started a talk show, and on set on July 27, 2015, Coco announced that she is pregnant! The couple could not be happier. Coco has been doing modelling for many years, much of which was swimsuit modelling, and she was successful largely because she is blessed with great curves.

Recently, she Tweeted a photo of herself in a flowing purple gown that completely showcased all of her curves, not the least of which was the sponsored by her 30-week baby bump! She looks radiant, and she does say that she is very happy being pregnant, which completely shows. Ice and Coco found out the gender of their baby, and they will be having a girl. The couple has already chosen a name for their soon-to-be daughter, Chanel Nicole, and both are looking forward to being parents. 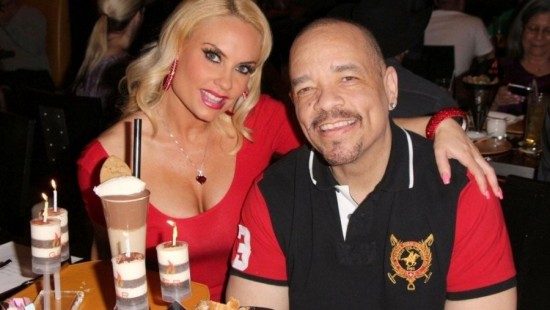 Coco recently said that she was very surprised how fast the time goes when you are expecting, and she also has been documenting her pregnancy on social media, sharing this joyous journey with all of her fans. She has even shared her 4D ultrasound videos on social media, of which she admits to looking at over and over again! Their daughter could well be one of the luckiest children in the hemisphere with two wonderful, loving parents who are embracing bringing her into this world.

Coco Austin stuns and amazes fans with racy pregnancy bikini photo
19th September 2015 @ 05:44am
Coco Austin is showing entertainment fans that being pregnant is not going to change her fashion or modelling with her recent bikini photo post.

Coco Austin pregnant with first baby with husband Ice-T
27th July 2015 @ 05:59pm
It has been announced that Ice-T and Coco Austin are expecting their first baby together