News » 17 Hot American Models With Bikini Bodies to Die For 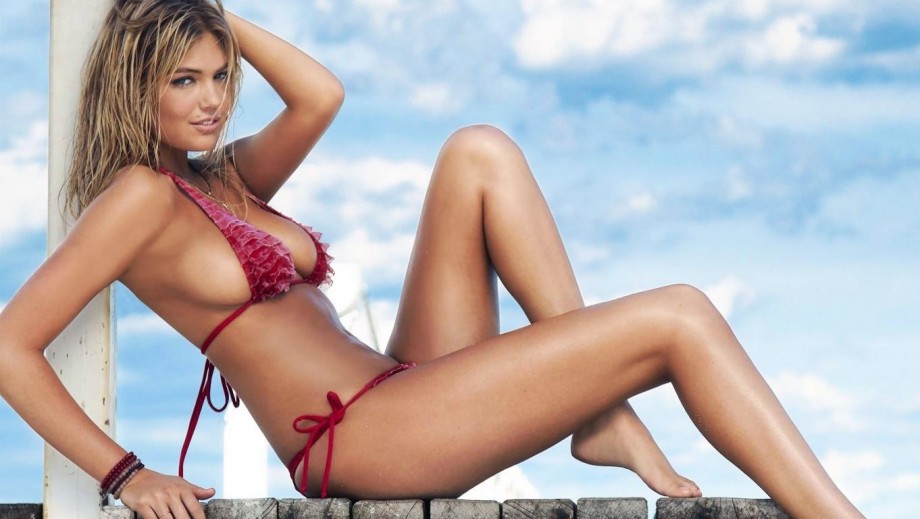 17 Hot American Models With Bikini Bodies to Die For

When it comes to the modelling industry, it is almost a common belief that the US has been leading the way on the modelling scene for many years now and probably will do for many more years to come, giving us some of the most beautiful models the world has ever seen.

So, with Summer now gone, we wanted to take a look back and make ourselves feel better, by looking at some of the hottest women that the American modelling industry has ever given us, especially those who have the bikini body that most women could only ever dream of.

1. Cindy Crawford has been seen as one of the most beautiful women in the world for many years now, and she still has a bikini body to die for

2. Karlie Kloss has been one of our favourite models for a few years now and when you look at that body it is easy to see why 3. There are not many models in the world who can compete with the hugely successful career Tyra Banks has enjoyed and her bikini body still manages to impress

4. When it comes to the hottest models in the business right now, Gigi Hadid is definitely in the running and nobody could deny she has the perfect bikini body

5. The whole of the Kardashian and Jenner family have amazing bodies but Kendall Jenner looks the best in a bikini 6. The Biggest model on the planet right now would have to be Kate Upton and we expect she will be for many more years to come

7. When it comes to talking about the best bikini bodies then you could never forget Martha Hunt

8. Brooklyn Decker might no longer be working as a model but she still has an incredible bikini body

9. Ashley Graham has been leading the way for the plus size models showing that you do not need to be stick thin to look good in a bikini

10. Being a Victoria's Secret model means we always see Lily Aldridge wearing very little and, with a bikini body like that we can see why

11. Heidi Klum might not be as young as she once was but there is no denying she still looks stunning in a bikini

12. Another of the former top supermodels and another woman who still looks great in a bikini, Stephanie Seymour is still one of our faves

13. Probably seen more out of her bikini than in it, Emily Ratajkowski is up there with the best

14. Emily DiDonato might not get the headlines as often as she should but that does not mean she doesn't look great in a bikini

15. Joan Smalls is one of the top models around and one of the hottest bikini bodies along with it

16. Heidi Mount is another who does not make all the headlines but she is also another who has a beautiful bikini body

17. And we will end with Charlotte McKinney, who has become one of our favourite models in recent years and has arguably the best bikini body of the whole bunch.