Focus: Dancing With The Stars

It's more than just a "visit" when you arrive at the D Casino Hotel Las Vegas. If you have trouble believing that, just ask WWE superstar, Emma, who couldn't get enough of the downtown hot spot! 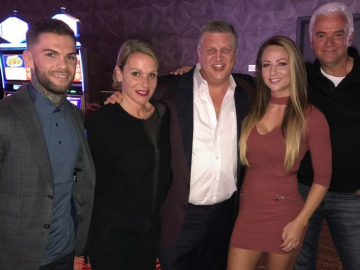 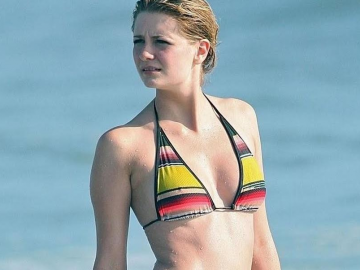 Julianne Hough reveals the secrets to her amazing body 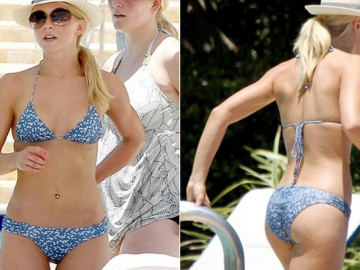 Julianne Hough reveals the secrets to her amazing body
11th March 2016 @ 02:29pm
Julianne Hough is one of the hottest women on the planet and she has revealed how she manages to stay looking so great

Melissa Gilbert shocks fans with step back from acting for Congressional run
17th August 2015 @ 04:05am
Melissa Gilbert announcing her desire to run for U.S. Congress has fans intrigued and comparing her to actors Arnold Schwarzenegger and Fred Thompson.

Katherine Jenkins' gorgeous picture on side of train highlights crossover appeal
19th July 2015 @ 04:42pm
Katherine Jenkins popularity as a classical artist might reach new heights in the view of some fans if cities decide to continue putting her picture on ...

Charlotte McKinney is a beautiful, talented, and successful model in her own right
20th May 2015 @ 09:59am
Charlotte McKinney has so much more going for her than just the Kate Upton comparisons that just won't go away

Julianne Hough shocks brother in Lip Sync battle with Lonely Islands hit song
15th May 2015 @ 03:53am
Julianne Hough showed her competitive side on the tv show "Lip Sync Battle" and became a social media favourite with her provocative performance.

Joanna Krupa emerges as a filmmakers 'best friend' in risque illusion gown
30th April 2015 @ 04:31am
Joanna Krupa's sensational appearance at the 'second' celebration of her birthday party is earning her much praise for the attention she is generating f ...

Brooke Burke's gorgeous bikini body inspiring Hollywood movie interest?
9th April 2015 @ 03:19pm
Photographs of Brooke Burke looking absolutely fabulous as she leaves the gym have some entertainment observers thinking she is ready for a move to the ...

Joanna Krupa excites in Esotiq bikini while preparing to sue Brandi Glanville
15th January 2015 @ 09:54am
Joanna Krupa is looking fabulous modelling her Esotiq swimwear and lingerie line as she prepares to get down and dirty in the courts with Brandi Glanvil ...